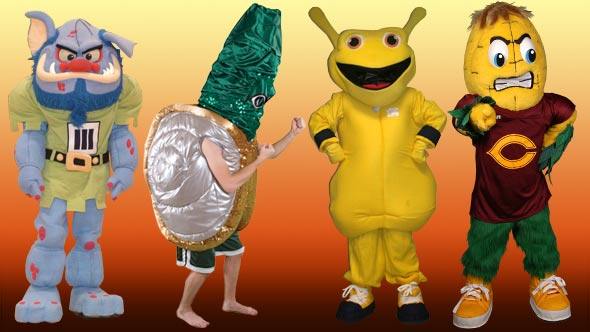 Had a great weekend. I just barely made it into Chicago before a big snow storm hit…we tried to land three times before the pilot could see enough to put the plane on the ground. Thursday was spent on campus at Trinity Christian College (TCC) for an alumni event, Friday was day long meetings for the Alumni Association Board of Directors and then a banquet that night for the Alumni of the Year awards. Saturday was breakfast with a great friend, Jeremy Junkin and then hanging out all day with Doug and Kim (with whom I was staying) , Keith who flew up from Ft. Lauderdale (and waited a good 45 minutes to complain about the weather), Brian and Matt. Good times (and deep dish pizza) were had by all.

I made it back in time to watch the Super Bowl (I was hoping to see the Packers…grr). ‘Twas a great game and I was excited to see the Patriots choke in the end. After the game I went to ESPN.com to start reading all of the analysis, when I was greeted by a familiar face…in fact, one that I had seen all weekend in Chicago. The Trinity Christian College Troll. There, on the front page of ESPN.com, was the mascot of the school I had just returned from. Great free advertising for a small Christian school in the suburbs of Chicago. The article focused on great, weird, unknown team names for college basketball teams. Was pretty cool to see.

In other news, Renee and Jonathan are having a great time in Florida with her folks. Jonathan is being a good boy and yesterday they all went to Sea World in Orlando. He was so excited to tell me how “Shampoo” splashed the people at the show and Renee said that he was very upset Shampoo did that until he was told that they wanted to get wet. He carried around a Shampoo bag all day and told everyone he met about it. They are down there until next Sunday enjoying the lovely weather while I play bachelor again up here. So far so good, but I’m starting to wish they were around again. It’s okay. I’ll be tough.